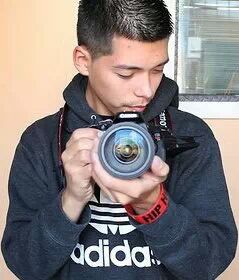 Mr. Montoya's has been creating videos since 2011 and composing music since 2008.  He has recorded music for clients that include: Big Rich, Liz Stefano, San Quinn, and has also filmed music videos for artists like: Stevie Joe, Milli­Ali, O­Zone, One Be Lo, Zumbi from Zion­I, and Tableek.  Mr. Montoya is also the co-­founder of Simphony Productions, a production company based in Oakland, California.