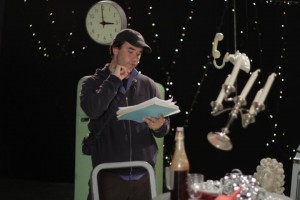 Mr. Baldridge has worked on several shorts that have screened around the country. He took his B.A. in Russian Literature and Language and Comparative Literature from the University of Washington in Seattle to San Francisco State University to study in a Cinema Production MFA program. In his first narrative short, shot on 16mm at SF State in 2009, Frozen Goldfish, a Chinese-American girl watches life stand still in a frozen fish pond one winter while her grandmother slips into a coma. As spring approaches her grandmother doesn’t wake up but the pond thaws and the goldfish survive. He is currently in production of a short film adapting F. Dostoevsky’s novella Notes From Underground.